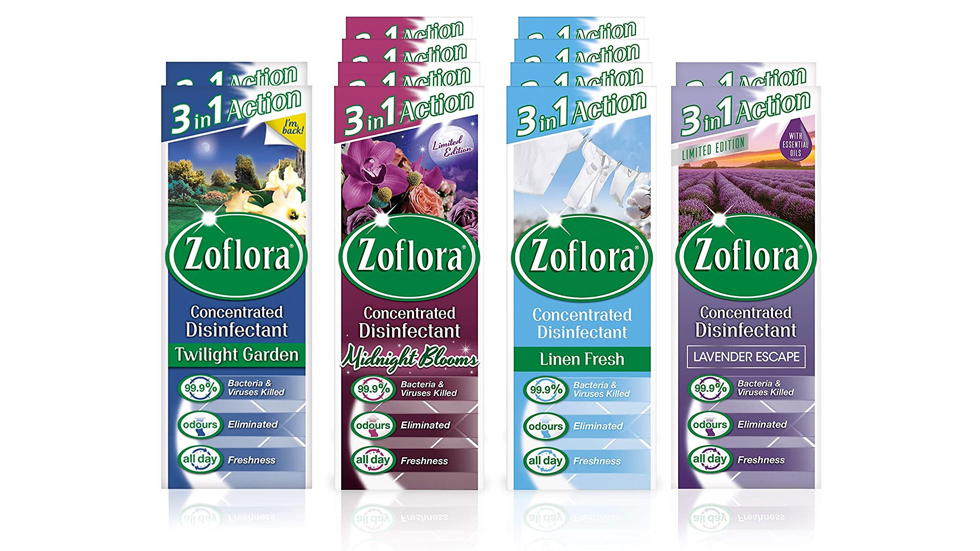 Created in the early 1920s, Zoflora is the UK’s number one disinfectant. Created after identifying a gap in the market to provide beautifully fragranced disinfectant, Zoflora successfully differentiated themselves from their competition.

Zoflora continues to be a much-loved household brand found in the cupboards of over 5 million UK homes. With a product line of over 30 perfumer-crafted fragrances to choose from, Zoflora has developed a loyal customer following and, at the end of 2019, was the market leader in disinfectants in the UK.

Despite being a market leader, its awareness and penetration were lower than expected. In order to reach a larger audience, Zoflora decided to position itself as a more fun, feminine and inspiring brand. This new launch resulted in an 8.2% rise in Zolfora’s value share, sales grew by 3%, and penetration grew by an incredible 50%. Zoflora has had many celebrity endorsements, including Instagram star Mrs Hinch.

Zoflora successfully broke category norms to stand out in a very competitive market. They recognised their USP (fragrance) and built their brand on this. When Zoflora realised that it did not have good brand awareness, it advertised itself as a fun, feminine and inspiring brand. They did not significantly change their core message, but rather, used creative tactics, using Instagram influencers such as Mrs Hinch who perfectly fit Zoflora’s new ‘look’.  Zoflora successfully created a new brand image without losing its core message, which shows that it is not about changing the message but changing how you communicate it.