According to IRI’s latest study into the state of new product development (NPD), the number of new branded grocery items decreased by 8.4% in the last year, this reduction lead to losses of £99.6m in value sales for the retailers.

The decline started in 2013, and has been falling steadily ever since, and with economic uncertainty ahead of us, how can brands and retailers work together to tackle this issue?

Why is NPD reducing?
Range rationalisation across the major multiples seems to have had a big impact on NPD success, making it harder for new products to gain shelf distribution and probably shortening the time frame given to those that do get listed to prove themselves. Ranges have declined by 5.7% in the past year following a decline of 5.1% the previous year – a two-year decline of 10.5%. This has been seen across the vast majority of retailers and in almost all grocery categories.

Range rationalisation may have also caused a shift in manufacturer mind sets. Not only is attention focused on keeping their current range on shelf, but the increased uncertainty increases the risk involved when investing heavily in new products.

Why is less NPD a problem?
When manufacturers innovate it usually provides the opportunity to launch products at a higher price point than most other brands in the category and the associated advertising boosts not only the sales of the new product but also of the category as a whole, meaning that NPD is also beneficial for retailers.

So if the trend of lower NPD contribution continues, in an already hard-faced FMCG environment, then it could be argued that the intense competition from the discounters could have a disproportionate effect on an already weakened multiple trade sector. After all, specific branded products are one of the driving forces keeping customers going to the major supermarkets.

Analytical tools such as Assortment Optimization can pinpoint which product attributes are missing in a range, or which are the most desirable in a product in a range. So it is possible for manufacturers and retailers to work together to see how NPD can boost category sales. But there needs to be another strategic mind-shift in the way that NPD is approached, alongside how range is managed, so that both sides are considered harmoniously.

This is extremely important considering that currently, only one in every five product launches find the right formula to attract enough shoppers to their offer, which then helps to maintain sufficient distribution to meet their stretching sales targets. Additionally, only one in seven new products launched ever achieves more than 75% distribution and only half achieve more than 33% distribution.

How can NPD success be maximised?
Distribution
Achieving high distribution in the first twelve weeks is critical. 15% of products which survive for longer than one year are then delisted in two to three years, surviving on average just 79 weeks. There is an almost direct correlation between distribution and sales, so the faster your distribution builds the better.

Use quantitative data as a market research tool prior to development
As mentioned previously there are tools available such as Assortment Optimization that can analyse how sales within a category will behave based on product attributes. So this means that manufacturers can test new product ideas using these tools, before all the costs of developing the product are invested.

Get the price (and promotion) right
Consumers’ behaviour towards price and promotion are changing all the time. There are 25% fewer in-store promotions now than there were in Nov 2014. Manufacturers will need to work with retailers on a promotional strategy that drives not just sales volumes but also revenue and profit. Look closely at the frequency of promotions – too little and you may not drive sufficient demand, too much and you will erode brand value. Optimising promotions requires detailed predictive analytics.

Retailer collaboration is key for success
Shore up support from retailers early. Use predictive modelling techniques, based on analysis of sales data for the category and similar new product launches, to show them how your pricing and promotional strategy will help to boost sales in the category (so benefitting the retailer) and for your brand.

Manufacturers are caught in a downward spiral out of which it is becoming harder to climb. The challenge of achieving a sales rate for new product launches that is greater than most of their direct competitors makes most of them vulnerable to delisting in some stores. Manufacturers may also be considering the higher cost of communications to support NPD across multiple media as another barrier to innovation. Ultimately securing distribution is the most important changing variable in the NPD landscape. 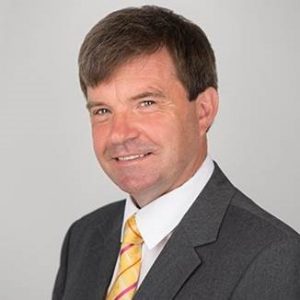 Tim Eales is UK Director of Strategic Insight Director at IRI UK. During his career, he has managed a significant proportion of the UK business and worked in the International division serving several of the company’s largest clients. As UK Director of Strategic Insight, he has developed the Macroview suite to track grocery trends and conducted regular studies on NPD, price & promotions, range and volume change.